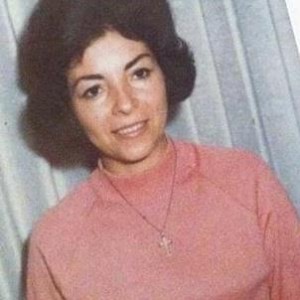 The smell of chicken cooking woke me up; the warm aroma unmistakable, recalling vivid memories of mom cooking arroz con pollo as I played at her feet. Though long ago, the smell brought the memory vividly into the present.

I propped my head against the arm of the couch to get a full view of the kitchen as I rubbed the sleep out of my eyes. Mom stood in front of the stove with one hand propped on her hip while the other prodded the chicken in the old iron pot, each poke responding with a chorus of sizzles and pops. Teresa, my wife, stood beside her observing and standing ready.

“What are you cooking?” I asked, already knowing the answer.

“Rice and chicken,” Teresa responded as she placed another chicken thigh in the pot while Mom pushed it around with the wooden spoon. She knew how to say it in Spanish but was always self-conscious of her pronunciation, so she kept safely to English.

“Your mom is finally teaching me her recipe.”

“Are you writing this down?” I asked, half yawning.

The arch of her eyebrow indicated the pointlessness of my question. Oh silly me. An instinctive cook like Mom, Teresa rarely wrote anything down. It was one of the few traits they shared. They cooked by feel and almost always tasted good. I hoisted myself from the couch and stumbled into the kitchen.

I stepped behind Mom and bear-hugged her, kissing her loudly on the back of her head. Her black wiry mane tickled my nose and filled it with the scent of lavender and bed hair. Up close, for the first time I noticed the silvery white streaks. Turning to Teresa, I kissed her on the lips and held the gaze with her hazel eyes for a moment. She smiled in return and I took a seat in the kitchenette to soak up the smells as I continued to wake.

“Smells good,” I said, while staring out the windows. The afternoon autumn sun filled the view, dappling the understory of vine maple and hazelnut as it filtered through the tall fir trees. A breeze kicked up and sent a wave of fir needles swirling by the windows and I winced as I thought of the gutters that would need to be cleaned before the rains came.

“It sure does,” Mom said with a smile as she winked at Teresa.

“How are you feeling?” I asked Mom, studying her profile as she concentrated on the chicken. She didn’t respond right away, but continued to focus on the stove. One by one, she turned the thighs over until crispy golden brown on both sides and then placed them onto a plate.

“Now we add the sofrito,” she instructed as she dumped the contents from the cutting board into the pot. A cloud of aromatic steam rose instantly, filling the kitchen with a new layer of aromas.

“What smells?” Michael asked as he bounced into the kitchen on his tippy toes, dragging Popcorn the Bunny by a frayed ear. Though almost ten, Michael still clung to his bedmate religiously.

“Huh?” he responded, sticking his thumb into his mouth. He stroked his cheek with the tattered ear clutched in his other hand.

“Rice and chicken,” Teresa said with a grin. I pulled Michael onto my lap and turned my attention back to Mom.

“Mom, how are you feeling?” I repeated, lowering my tone.

She stirred the pot silently for a few moments and then turned to face me. Her expression spoke a thousand words and I saw her completely as if for the first time, though there was something familiar that I could not identify. Her eyes etched with the weariness of repeated chemotherapy treatments, she stood with slumped shoulders from the fatigue of fighting a losing battle.

“Okay, honey. I am tired. I went in for a drain last week,” she said quietly as she wiped her cheek with the back of her wrist. This was the third time in the last couple of months she had to have her lungs drained. Originally diagnosed with breast cancer six years before, the cancer had gone into remission until reappearing earlier this year as a dark spot on a routine x-ray.

“Now add the rice and brown for a couple of minutes,” Mom said to Teresa as she handed her the wooden spoon. The popcorn odor wafted slowly from the pot.

“And?” I asked pointedly.

“They drained over a liter.”

“That’s almost twice as much as last time,” I said out loud suddenly weary with the news. She gazed at me with a look of infinite gravity and smiled.

“What next, Alicia?” Teresa asked.

“Add the broth, white wine, olives, capers, and the saffron. Let it cook for a couple of minutes and then place the chicken on top of the rice. Simmer on low and we’ll add the peas and corn in about thirty minutes.”

“Okay, shall we start the Flan?” Teresa asked without waiting for an answer. Mom watched her quietly for a few moments as she stirred the soupy mixture. The spicy smell of saffron slowly overtook odor of fried rice, reaching into the corners of the kitchen with its amber odor.

“Yes, but you don’t need my help. Yours is better than mine,” Mom said with a tired laugh as she sat down beside me. She reached out for Michael and he climbed into her lap. As he nuzzled into her shallow chest I wondered how many times her embrace had wrapped itself around us; comforting, loving, pain relieving, soul connecting. I stretched over the kitchen table, laying my head on my arm and closed my eyes. Mom stroked my cheek with cashmere hands, softly humming an aimless melody.

“Is that a cello?” Mom asked Chic, looking across the room at the wall behind him. We were visiting Chic and Bea, an elderly couple from our church that lived close by, along the Washougal River. The visit was a welcome diversion for mom as she was feeling increasingly isolated of late. She had recently lost the vision in her right eye, the result of the cancer having spread to her brain.

“It is,” Chic growled, punctuating the t. “I used to play in the Vancouver Symphony.”

“Chic had to quit playing,” Bea intervened. “He was the best around until the arthritis made it too difficult to continue.” We all looked at Chic’s hands at the mention. Swollen and gnarled, they lay unmoving in his lap.

“What is your favorite song?” Chic grumbled from under the tangle of gray eyebrows.

“Ahh, yes,” he said lifting his chin and cocking an eyebrow, as if to recall the details from a far spot on the wall. “The interlude from Thais. Jules Massenet was the composer. It was a flop as an opera however the interlude stuck and it became widely popularized by Hollywood.”

“It’s beautiful,” Mom said. The scarf wrap on her balding scalp had slipped over one ear, exposing a few wispy strands of hair that had survived the chemo. Teresa leaned over to adjust it and Mom smiled as we all watched in silence.

“Would you like to hear it?” Chic asked, breaking the silence.

“Oh, that would be wonderful,” Mom said in a half-lidded whisper.

“Well I’ll be fit to be tied,” Bea boomed. “He hasn’t played in years with the pain so bad in his hands and all.”

Chic rocked-pitched forward out of the Barcalounger and shuffled over to the cello case leaning against the wall. He popped the case clips with mannequin hands, gripping the instrument by the neck vigorously and dragging it back to the chair. Seating himself on the edge, he struck a stoic pose, back straight and bow arm outstretched majestically as he positioned the cello between his knees. Resting the bow against the strings he paused, closing his eyes and dipping his chin until it almost touched the fret. Inaudibly at first, he began to stroke the bow while his other hand oscillated on the string, his hands suddenly becoming fluid and artful in their motion. A haunting sound filled the room as Mom closed her eyes, slowly rocking in time with the music.

Her expression captured me. I had seen it before – a thousand upon thousand times before, though none so sublime as this. The slight upturn of her chin, the subtlety of her smile, the placidness of her expression – as if a Puerto Rican Mona Lisa.

“Rick, you need to come see your mother,” Gordon said, his voice sounding alarmed. “There has been a shift and her time is close.”

Mom’s good friends, Gordon and Louisa, had been the last to take her in after each of the siblings had given hospice care a go and had failed. I raced to Seattle that same night and was quietly led to the guest room after arriving, taking a seat beside Mom. Gordon was right. This time was different. Her color had changed; her skin a dusky gray and translucent.

Mom lay in the twin bed unresponsive, much smaller than I remember and as if the bed was swallowing her. “It’s finally going to happen,” I heard myself repeating over and over, captured by the thought and not knowing how I should feel.

“What is going to happen?” she whispered, her voice echoing in my mind.

I paused without responding, not certain if I had heard her, or imagined it.

“What is going to happen, Mijo?”

“You’re leaving me,” I said out loud.

“What then?” I cried. “What is this about mom?” I sobbed, laying my head in my hands. Stillness filled the room, stealing my breath.

“Mijo, wake up. This is your time. But you must choose it.”

“I don’t understand Mom. Nothing is making sense.”

“It will, my love. In time. But you must choose to step into awakening, without knowing. That is the essence of awakening. To surrender control.”

“I will,” I resolved, doing as she bade without knowing what I would do next. All I knew is that I would not let this moment pass unheeded like all the others. It is what Mom would have wanted.

{Rick lives in Washougal, WA where he is working on finding a publishing home for his memoir, The Underage Traveler. You can find him online at succeedinginlife.com.}