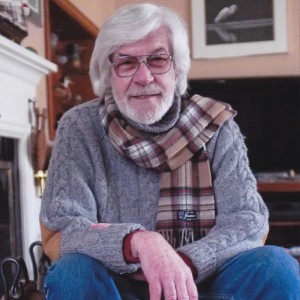 Talking to a Dead Man

Lee has a head of white hair that falls almost to his shoulders. A matching white beard and a smile so bright it almost hurts my eyes. He wears Aviator Ray Bans and has a penchant for expensive cowboy-style mother of pearl button shirts. His Levis hang low over the tops of his pointed toe boots. His cowboy look is offset only by his black leather jacket, with its collar flipped up like a vintage James Dean. Strolling into the bar any given night at 9:00 sharp. Despite his 72 years, Lee is the epitome of cool.

He assumes his seat at the bar and surveys his kingdom as the Scotch whisky, secondary to his visit, is poured. Lee is here to banter with me. We have been doing this dance for a year or more and both look forward to it each night. What started out as a lonely old man looking for someone to talk to and a guy looking to sell a drink, over time, forged itself into a friendship.

I know better than to ask any questions just yet, Lee is still trying to catch his breath after the long walk from the curb. When your lungs don’t work like they should it feels like miles he tells me.

I pour his scotch and wait.

“Anything to report?” He will ask.

“Just the usual,” I respond.

“Was that really the look you were going for when you woke up today?” Or some such snark will follow.

“Best I could do. Some old dude bought the last ugly cowboy shirt on the sale rack.” I will reply.

We will both smile. All is right in the kingdom tonight.

We solve the world’s problems one at a time each night. Lee does not believe in God or a higher power but claims his entire life he has been lucky. I, on the other hand, do not believe in luck. It either happens or it doesn’t. Luck is a concept for those that live in fear. The same holds true for a higher power says Lee. We have wonderful conversations about who and what people choose to believe. Some we both agree with, others not so much.

“The world would be a much better place if there were only expensive scotch,” he will announce. “It would keep the riffraff out,” he smiles.

“I drink bourbon,” I remind him.

We talk of fishing and photography, art, literature and music. Lee loves jazz and I am a punk rocker. While our musical taste may collide we can agree, like it or not, it is relevant – although neither of us want to admit it. The banter is all important.

Lee has a fondness for animals that borders on obsession. “Much better than people,” he will say. “You know what you’re getting. And they’re not stupid. Animals are smart, people are stupid. They hurt and kill one another over nothing.”

I remind him of his time as a Marine asking if he was not trained to fight and kill. “That was different,” he replies. “I did what I had to do because it was the right thing to do. I love this country. I also happen to look better in a uniform than most people do.” He grins.

Lee and I understand and accept each other despite our obvious faults. We talk every night for at least an hour. And we become quite close. We are friends. I learn that despite his tough and rugged exterior he has a heart of gold and donates time and resources to a number of organizations. He has spent most of his adult life working in human services looking out for people. He has no tolerance for racism or stupidity. He loves children, as long as they are not his. He has had the same girlfriend for 20 some years. They are both content to be together and yet separate in this world. “Our time together is magical, I just wouldn’t want to do it every day,” he says.

I watch as his bright eyes start to dim with each passing day. It is getting harder and harder for him to breathe.

He switches to wine as the Scotch is hitting him harder now. Sauvignon Blonde he calls it. Blondes have more fun he reminds me.

Our visits grow shorter. He can’t be away from his oxygen tank for too long and he won’t bring it with him because it isn’t cool. He keeps telling me he is about to die. I keep telling him not yet, the world still has problems we need to solve, COPD or not.

The visits become less frequent. I have to be careful about calling because his girlfriend doesn’t know he drinks. She would not approve because it hurts his breathing. It’s pretty tough to explain why a bartender is calling you when all you drink is lemonade. We stay in touch as best we can.

I hadn’t seen Lee in a week when I received a voicemail. “Rob, it’s Lee. Call me.” Despite the hour, and being at work, I dial him at once.

“I need you to bring me a bottle of whisky,” he replies, adding, “And I need to ask you a favor.”

“Lee you can’t drink whisky anymore,” I respond. “Not good for the lungs.”

“Rob, I’m checking out Thursday. I need you to sign the papers as a witness. Oregon requires two witnesses for assisted suicide. Will you do this for me?”

“Ah, yea. Of course friend, whatever you need,” I hear myself saying. “If that’s what you really want to do.”

“It is,” he says. “They say the poison tastes like shit, I’ll need whisky.”

It’s an interesting thing, talking to someone who knows exactly when they are going to die. It put Lee at peace.

His concerns were not of his own impending death, but of those it would effect. “Make sure my best girl gets flowers on her birthday and you keep helping those homeless kids at Christmas like you do, okay?” There is no fear, only calm.

We must cover more ground in our final two days of talks than we have in the previous two years, and yet many of the world’s problems will have to go unsolved. He is giving away all his possessions. He shows me a small pocket knife in a frame with a sapphire mounted in the handle. He wants me to have it. “It’s worth about $750,” he tells me. “I won it in a raffle. Lucky, damn lucky.” He smiles, baiting me for one last go around. Lee will have the last laugh.

I learn lessons that can only be learned talking to a dead man. “Go home tonight, kiss your wife, hug your kids and really enjoy whatever you have for dinner. That is what really matters in life. Enjoy something everyday. The days grow shorter as you go along.”

I see myself sitting in his big leather chair.

The nurse walks to the chair with a small paper cup. She asks his name and if he knows what is going to happen as a result of his actions.

Lee takes the cup and a sip of the whisky I brought for him.

“That didn’t taste that bad,” he says.

He smiles and closes his eyes.