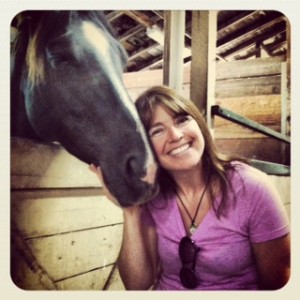 I grew up in both a verbally and physically abusive home. As I got older, the abuse grew more pronounced. My mother was under the fierce tyranny of a dictator, also known as her husband.

We were prisoners in our own home. At random periods of my high school years my step father wouldn’t allow me to attend school. He used this as a threat and consequently as punishment for things like taking too long of a shower, not cleaning my shoes off well enough before coming into the house or not rinsing all the soap off of the dishes. When he told me I wasn’t smart enough to attend school, let alone college, I did a crazy thing. I believed him. Did you know that once your self-esteem is thoroughly crushed it is very difficult to gain it back? Trust me, I have years of therapy bills to prove it. The funny thing I learned: therapy is a complete waste of time unless you are willing to put the work into it. Somehow I thought because my therapist was earning 90.00 an hour she could fix everything FOR me and I wouldn’t have to do my part. Maybe if she could have prescribed meds she could have fixed it.

I would often lay awake at night considering how I could ‘off’ my stepfather in his sleep. I would pray he would die on impact from a violent car crash. I seethed with anger at the intense abuse he put my mother through. I often pictured myself looking him in the eye and telling him, “I won’t allow you to hurt us anymore, fucker,” then giving him a final blow to the head.

That solution sounds so much easier than it actually was. First, we were the model Christian family who sang in the choir and attended every potluck and church work party. No one would believe us because my step father was the type who could convince an Atheist to believe in God.

He was very ‘charming’ to the outside world but behind closed doors my mother and I lived in a private hell. We were constantly threatened. We lived in a very remote area and he controlled finances and every move with exact precision. My mother wasn’t allowed to run errands by herself, let alone make phone calls. My mom and I formed an inextricable bond, we only had each other. She will always be my biggest hero as she bore the brunt of the abuse and used herself to deflect additional abuse off of me.

While she regrets not leaving sooner, I remind her that fear and consequences of violence can have a paralyzing effect on a person, especially for one without outside support.

We became in fear for our lives. My stepfather would force my mom into the car late at night and drive into the woods threatening to kill her first and then come home and kill me. He brought out an unholy anger in me, especially given the fact he was getting away with such atrocities.

The day he beat and took a gun to the side of mother’s head will be a day that will forever be seared into our minds. Why he never pulled the trigger we will never know but count it only as miraculous. It was then we knew death was imminent and my mother took refuge in a safe house far away. To this day, I still don’t know the location. I do know it was a fearful day trying to get her out and it took extremely detailed planning to make it work. After she left, my stepfather began to stalk me at my place of employment, resulting in the need for me to enter a safe house as well.

This story sounds as shocking as it is to write it because I have never shared this in an open forum. I thank you dear readers for the opportunity to detail this part of my life with such honesty.

So let’s wrap this up, shall we? My past is my past. I can choose to wallow and brew in the anger and unfairness of it all. I can use my history to validate any mistake I have ever made, or will make, in the future. I can blame fathers for the ability they possess to seriously mess up their daughter’s view of men. I can send my step father my prescription bills used to treat my PTSD and depression issues, OR I can do something about it. I can embrace this present: TODAY is my reality. Each day begins anew with one day farther away from the former hurts.

My past doesn’t define me, it doesn’t define my mother’s. We may never know the why’s behind our years of violence, and truly, it isn’t necessary that we do. We can look forward, not behind, and embrace what we have today. It is so much more than what we had.

I have decided that if I let my past hurts define me then I have allowed him to win and that is something I am not willing to accept or live with. Mourning may endure for the night but joy will come…

I love this quote from my ‘sensei’, Anne Lamott. May it bless and encourage you today.

“We begin to find and become ourselves when we notice how we are already found, already truly, entirely, wildly, messily, marvelously who we were born to be.”

{You can learn more about Jessica and enjoy her insightful and laugh-out-loud musings Here.}