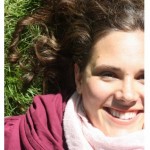 Altered In an Instant

The streets were thick with tourists, roads congested with cars and people.

I was running late.

Wearing my black outfit and waitressing apron, I was speeding to work. I could feel my veins humming as my blood boiled.

Running through my head:

CAN’T THESE PEOPLE MOVE ANY FASTER?

I am going to be late for work. I am the only person in my world that matters in this moment. I am being inconvenienced. I I I I I I…

As I rolled into town, moments from the restaurant that I was already ten minutes late to, my car jolted to a dead stop.

A man that I had seen around town walked into center of the crosswalk, arms held up to stop traffic. He had been sitting in one of the plastic chairs outside of the liquor store, where locals often sit, surveying the crowd and hanging out.

Aged by years of living on this tiny spit of land, he moved slowly, intentionally.

In that moment, my blood pressure began to crescendo – slowly creeping up to this moment of halting frustration and self-importance.

What could he possibly be doing?

My question was answered in an instant, as three little girls skipped into the street behind him, holding hands. Outfitted in bouncing curls and lacy summer dresses, the girls looked both ways to make sure that traffic was stopped before breaking into a run to the other side of the street, giggling as they moved as one.

In an instant, my blood cooled. I couldn’t help but smile as that man smiled, pausing his day to become the kind shepherd, ensuring safe passage for the three little girls.

In an instant, my appreciation for this small town flooded in. For the kindness of strangers. For the innocence of bobbing curls and sweaty little hands held in the sticky August heat. For the man, moving at his own speed and bringing me into sync with him.

Hurdling out of my fog of self-importance and perceived emergency, into this moment. Into my body. Into my vast capacity for gratitude.

Years later, at the same restaurant, wearing the same black outfit and waitressing apron, I approached a table where the man sat with his family, including, it seemed, a brother who carried himself with an air of distinct importance.

I kindly took their order, served them their drinks, and brought them their food.

I knew what the man would order for dessert, having taken particular notice of him since that moment several years prior.

Yes, of course, right away.

But, as I put the plate down on the table, I felt the words bubbling up in my heart, threatening to spill over.

Sir, I don’t know if you remember, but… there was this one day a couple of years ago that really changed my life. It was a long time ago but, it was August, and you stopped traffic to let those little girls cross the street.

He was startled. And, in an instant, tears were shining in both of our eyes.

His brother looked from him to me and back again, as if he had never really seen his brother before. I imagined what he had always seen in him – an artist, a vagabond, a drifter. The kind of man that hangs out in front of the liquor store in the middle of the afternoon.

But, for that instant, he was able to see his brother through my eyes. A brilliant artist, a wordsmith. A kind smile. The gentle shepherd, creating safe passage for a string of little girls on a congested, thick August afternoon. A quiet hero.

For an instant, we were all held there, in a web of warmth and startled appreciation.

Two moments in time – an act of kindness and the subsequent retelling.

{Mara Glatzel is an intuitive coach and writer. Catch up with her Here.}