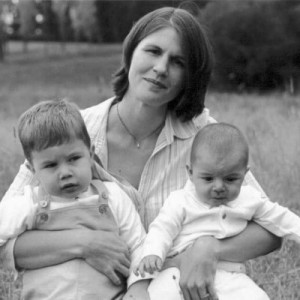 Each Act of Kindness Melted My Shame

This is a story about a huge mistake I made that could have ended terribly if it hadn’t been for a little old beekeeper named Jerry:

It was a warm summer day.  I was home with my boys.  My oldest son had just turned two and my youngest was a newborn.  I decided to head out into the back yard with a blanket and some toys to get some fresh air.  After a little bit, the baby needed a fresh diaper.  I headed indoors to change him.  I left my two year old outside thinking that everything he was interested in was on the blanket and that he would stay put.  I was wrong.  We lived on a country road without much traffic but the cars that go by are going fast.  In the two minutes I was inside he made his way through the open gate, up the driveway and out into the road.  At that moment Jerry Warrington, a man in his eighties, was driving down the road to check on his bees at our neighbor’s place and found him sitting in the road.  He hopped out of his truck, took my two year old by the hand and lead him to our front door.  That’s where I found them as I ran around from the backyard in a panic, having discovered he was gone.  I saw them and was so happy he was OK and at the same time was so ashamed that I had made such a tremendous error in judgment.  I mean, what type of mother lets her two year old wander onto a country road?

Jerry handed my son over, introduced himself and told us about his bees.  He brought some honey back for us later that day and periodically stopped by to say hello and see how big my son was getting. For a while, I wished he would stop coming because I was ashamed of what happened and I just wanted to forget about it.  Why would he be so kind and generous after seeing how flawed I am? With each act of kindness, it became harder and harder for me to feel ashamed about my mistake. Jerry did not think we were bad people because of it.  Eventually, neither did I.