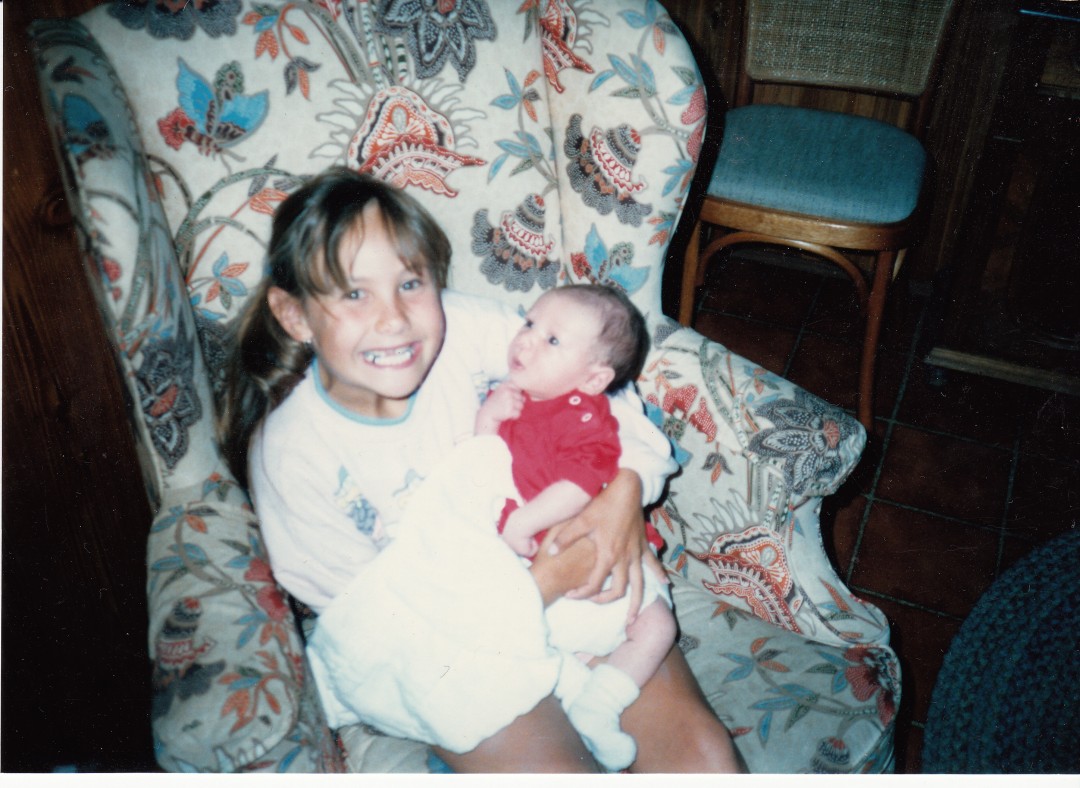 My baby brother was born almost exactly one month after my seventh birthday. I will never forget the first time I saw him and held him in my arms. I fell instantly in love. I claimed him as my own, and to this day I still do. He is MY brother and no one else can make that claim – I am obviously a very proud big sister.

When he was a baby I remember asking my mom to bring him to school so that I could show him to my classmates for show-and-tell, and as he grew older I would dress him up like a girl and laugh at his attempts to communicate in the funny way only toddlers can. He would say that the bee was screaming as we chased it, but really, it was us who were screaming as the bee zoomed around the yard. When I became a sullen and closed-off 13-year-old he became an openhearted, inquisitive six-year-old. When I graduated High School and promptly got married at the age of 19 he had just turned 12 and was embarking on his early journey into adulthood. When I became a new mom at the age of 25, he was graduating High School and making plans for his future. There has always been a lot of distance between us in both years and development, but we have carried each other with us during those times, never quite feeling the effects of that distance due to our great affection for one another.

It wasn’t until this past year that our lives started to settle in an obvious way and the rapid developments of early life and adulthood began to wane. So I decided to take a long weekend and go visit my beloved baby brother.

I was so excited to see him but I was also a little nervous because we had never spent much time together as adults. My fears subsided as soon as I saw him and throughout the weekend I was delighted and amazed at how similar we are and how easy it felt to be around him. This is where I must tell you my brother is the kindest, smartest, most thoughtful person I have ever known and it’s not just me who thinks so. I had the privilege of meeting many people in his life over the course of our time together and they all adored him. Of course they did. I especially loved that people thought we were twins. Of course they did.

There’s nothing like a sibling bond. They are there from the beginning and they understand things about you and your life that no one else can – because they were there too. Siblings are one of your first witnesses and your closest allies in life. So when my brother’s girlfriend was telling me that a month before my visit my brother was feeling sad and a bit depressed because he missed his sister I felt sad too. I was sad that there had been so much time and distance between us and that it had taken me this long to make the trip to see him. She then went on to tell me that the very next day was the day I had texted to ask if I could come visit. Whoa. Somehow between great time and distance I reached out at the exact right moment. That realization woke me up to another realization: our bond, no matter how much time has lapsed, will always exist on an unseen level, deep in our souls, where the connection is deepest and we know when to reach out. I will always, no matter what, have my brother.