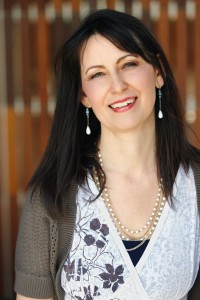 Learning to Live with Longing

All of my life, I’ve listened for the voice of a man who wasn’t there.

I first noticed the gentle voice of Grizzly Adams. Infused with wood smoke and mountain breezes and kisses on the noses of deer. In my mind, Grizzly Adams melded with my bearded teacher, Mr. Brown, in his loafers and Levis. Mr. Brown would smile, unruffled by the wild boys in our classroom. He taught me to sit up straight and raise my hand like a trained cub. In his voice I heard music, patience, math equations, and love.

I didn’t think about Grizzly Adams being a TV character. I never wondered whether Mr. Brown had a wife.

The next voice I turned toward belonged to a pop country singer. He had dimples and blond hair and eyes the color of huckleberries. His voice beckoned, “Follow Me.” He asked me to take his hand. Meanwhile, Mother could never get behind the wheel of our lives. She peppered bus drivers with questions. She lived in a stupor of indecision. Having someone to follow meant everything.

I knew the country singer’s song had tumbled out of the radio just for me. Yet I can’t quote the lyrics here because of copyright law. The song, like the voice, was never mine to love.

Neither was the man.

“Your father was a singer,” Mother once told me. “He made records. One night after he’d been drinking, he smashed them all.”

I found magic in a male voice, whether high trumpeted notes or deep cello. One voice had squeak and gnarl to it, roughness and shine. This was another singer, and one of his song titles was my name. Funny enough, “Christine” was a song about a viewer falling in love with a newscaster – a relationship that didn’t exist. Even so, I couldn’t shake the idea that he was singing to me. I taped the song from the radio, sans the first two bars, and played the scratchy cassette recording over and over.

This was after I’d left the home of my mother, and lived with two breathing, caring foster parents who did more than talk. They sat for hours, and listened to me.

When I was 19, a melodic voice, sounding above my head yet low in the throat, would entertain my foster parents late into the night after evening church service. The laugh was crazy, a gibbon’s. I wasn’t attracted to Garmin’s red beard or giggles, but at the same time, I couldn’t resist the idea of his presence in our home upstairs after I was in bed. Snatches of story drifted down to me in the darkness. My forearms prickled, as with the anticipation of a beloved, reaching to wrap arms around my shoulders.

Fast forward to Garmin’s marriage proposal. We sat far apart in his Toyota truck in the stark daylight. His voice had breaks in it. “I hate to say this,” I told him. “But I don’t even like you.”

And then there was Scott. His voice was a warm tenor, whispered and perfect. The night that sealed my fate to marry him was when I fell asleep with his arms around me. For hours, he murmured gently over my face. I felt his presence while dreams took over.

“Your father used to watch you sleep,” Mother said. “Only you wouldn’t quite sleep. Your lids would be half-closed, half-open beneath your lashes. He loved that.”

Years later, when whispers escalated to shouts that jarred my world, I lost the sense of who I was. I lost Scott.

Before long, I found someone to sigh and murmur again. Blue Eyes would speak to me while I drifted on the edges, finding my way back to being.

Blue Eyes came to my side. And stayed.

The voice was there when I woke. The voice gave weather reports, made us travel plans. The voice cajoled our kids and laughed at my dumbest jokes. The voice emerged from a throat, a head, a body, two capable arms, two legs that sometimes led, sometimes followed.

It was the voice of someone real. I stopped wanting to hear it.

There was another voice, not long ago. It was excited and scheming and babbling. Sometimes it made no sense at all. I found it beautiful. I couldn’t understand why I wanted it near me, the voice of this man who was not my husband. A roving craftsman, Ben moved on to another town.

My reality felt quiet and sad.

Then as if in a dream, I felt a vibration. It was a sound my ears had remembered all these years. My heart harbored it. It was musing, crooning, cussing. It was a voice that could lift on wings, high and stormy or bright and smooth, then sink into calm. I awoke to the sense of dark eyes smiling above me. Whispering over my face.

A recent study observed how a newborn baby will identify the father from across the room. When she hears him, her cries are soothed. She is drawn to the voice she knows by heart.

It always felt silly to me, claiming the loss of my father. I was ten months old when alcohol destroyed his body and brain. I remember nothing. I have no pain at the thought of his death, just a trace of resentment.

Yet I had loved the voice of a man I quickly forgot, who started my life and abruptly ended his own.

For ten months outside the womb, and another ten months before that, I’d been listening. I don’t know how many drunken, whispered, or whole songs I soaked up in my pre-world. Maybe there were gentle, laughing echoes, or growls of strain and argument. Perhaps the songs were slurred and ugly. In my heart, I kept waiting for the voice, for a long, long time.

At the same time, I can accept the “I love you’s” of the living man at my side. Blue Eyes and I are growing older together, while my father never reached forty. I’m keeping my eyes half-open whenever I fall asleep.

{You can find more of Christi’s writing Here.}